The Annual United States Submarine Veterans Western Regional Roundup was held from April 23, 2017 to April 28, 2017 at the Sam’s Town Hotel and Gambling Hall in Las Vegas, NV.
Activities included a tour of the Las Vegas Strip, a tour of the Mob Museum, Base officer and District Commander Seminars, a Kaps(SS) 4 Kids(SS) Meeting, a Fun Nite with a Memorabilia Auction, a Tolling of the Boats Ceremony with a speaker, informal luncheons and dinners, and a formal banquet.

What? A sailor with no coffee?

There was an issue at the Sam’s Town Hotel and Gambling Hall where the Western Regional Roundup was held, regarding NO COFFEE MAKERS in their rooms (that would have been an upgrade). Anyway, the Unser’s were staying at Trump International (freebie), and had plenty of coffee. Eat your hearts out!
Credit and thanks to Marcia Unser for the photo. 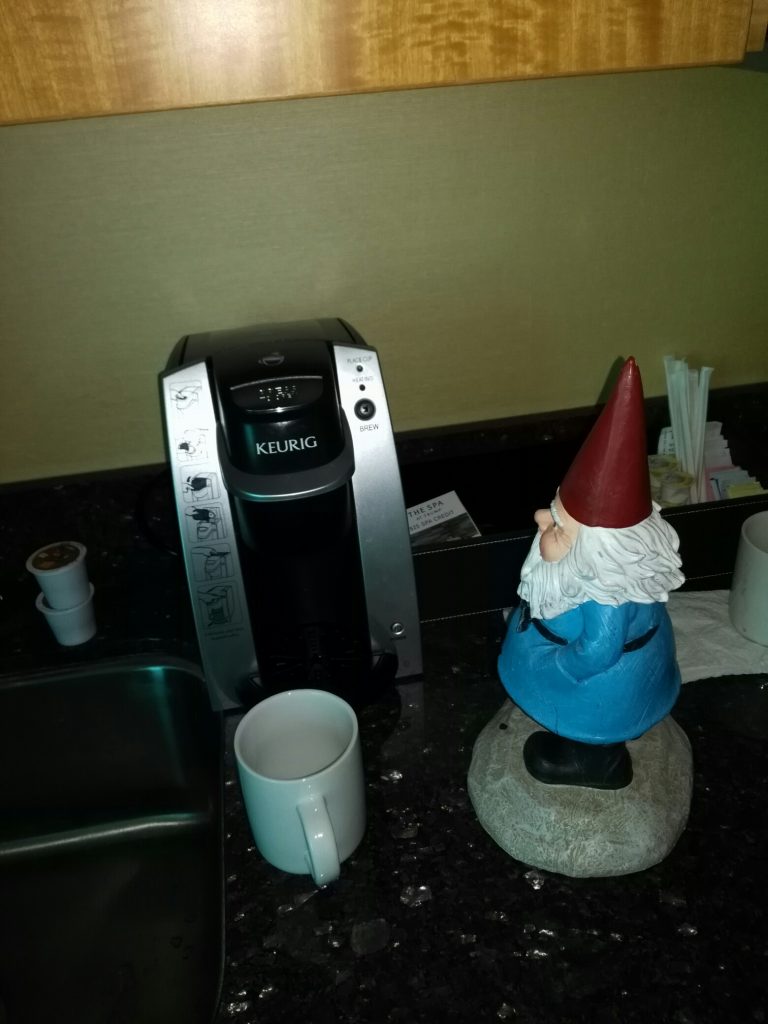 Pictures from the Banquet and Tolling of the Boats Ceremony.
Credit and thanks to Marcia Unser for the photos.

Pictures from the Western Regional Roundup tour to the Mob Museum.
Credit and thanks to Marcie and Jim Andrews for the photos.

The remaining pictures, below, are from various attendees, mostly Bob Bissonnette, the Western Region Director.

Tolling of the Boats Photos.